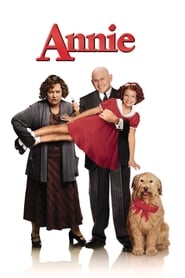 Annie is a 1999 American made-for-television musical-comedy-drama film from The Wonderful World of Disney, adapted from the 1977 Broadway musical of the same name by Charles Strouse, Martin Charnin, and Thomas Meehan, which in turn is based on the 1924 Little Orphan Annie comic strip by Harold Gray. The musical was previously adapted into a 1982 theatrical film. Annie premiered on ABC November 7, 1999. The program was a smash during its initial airing, with an estimated 26.3 million viewers, making it the second-most watched Disney movie ever to air on ABC behind Cinderella (1997). This version earned two Emmy Awards and a George Foster Peabody Award.